Helping science focussed companies to design and share their stories in new and engaging ways across traditional and new platforms. Utilising data and clinical evidence, our work is informed by regulatory expertise and industry best practices. Having worked with multiple pharmaceutical clients we have a wealth of contacts amongst healthcare professionals, academics, policy makers and patient groups and ensure our clients build enduring partnerships.

Etch Communications design cutting edge campaigns and craft newsworthy stories to connect businesses and brands with their audiences. We have the contacts and expertise to communicate the right story, at the right time, to create maximum impact. Influencer engagement is also a core part of our work and we can pinpoint the right ambassador to help make your campaign sing.

Charity & Not for Profit

Etch works as an extension of in house teams to chart strategic communication plans that are intertwined with clever fundraising and dynamic digital strategies in order to maximize reach and engagement. Mindful of budgets, we are experts at crafting newsworthy pitches to garner widespread earned media coverage. We only take on clients that are aligned with our values so that we can passionately communicate on their behalf around issues that matter to us too.

We can design and execute communications strategies and initiatives by understanding your business values and objectives.  Recognising that emerging technology companies have complex messages to communicate we work closely with them to create clear and compelling campaigns that share their stories. We also offer strategic counsel, CEO positioning, profile building and relationship management.

We plan, promote and expertly coordinate client events, both virtual and physical. Whether it is for 10 or 1,000 people (when Ireland reopens) expect impeccable attention to detail, tried and tested suppliers who are the best in their field, and experienced coordination from start to finish.

We love social! We dream up and create content that really resonates with audiences. From social media management, influencer engagement, news and lifestyle story development, animated and video content we know what works. We devise, build and promote integrated campaigns perfectly positioned for the digital space.

Etch Communications was brought on board to support Depaul Ireland in managing messaging and overseeing media relations around the Depaul Ukraine Appeal that aimed to reach as many media outlets as possible over a short period of time.

As the Russian invasion of Ukraine began to unfold Depaul began to mobilise to meet the humanitarian crisis. Millions of people were displaced internally within Ukraine, and millions more fled across international borders.

Depaul Ireland is part of an international group of charities, also working in Slovakia and Ukraine and when the war began, Depaul staff and volunteers repurposed their existing services to distribute food and vital supplies in cities under siege.

Depaul Ireland was working closely with the Irish government to provide support and practical supplies for Ukrainians arriving in Ireland. Furthermore, Depaul Ireland launched a nationwide appeal for donations to fund their Ukraine humanitarian response on the ground in Ukraine.

Working closely with Depaul Ireland, as well as with Depaul International, Etch delivered an impactful awareness campaign through strong messaging and as well as pitching and securing national and regional print and broadcast interviews for Depaul Ambassador, Prof. Luke O’Neill as well as Former President Mary McAleese.

Highlights included national broadcast interviews with Prof Luke O’Neill on RTE 1 Claire Byrne Live and Virgin Media One The Six O’Clock Show, former President Mary McAleese on Virgin Media One Weekend AM, both appearing on the RTE Late Late Show as well as multiple print interviews in support of the appeal.

To date, there have been 45 pieces of coverage and 9,936,404 opportunities to see, hear or read about Depaul’s Ukraine Appeal

Coverage was achieved across 45 outlets

The Depaul Ukraine Appeal surpassed all preset key performance indicators and achieved its aims to aid those affected by the war in Ukraine. The donations received from Depaul’s nationwide appeal funded Depaul’s humanitarian response on the ground in Ukraine. Additionally, Depaul Ireland worked closely with the Irish government to provide support and supplies for Ukrainians arriving in Ireland.

The Asthma Society of Ireland approached us to devise a campaign to raise public awareness around Asthma Awareness Week 2020.

The objective of the campaign was twofold – to drive awareness of the concerns of asthmatics in Ireland amid a global pandemic and to launch the Asthma Society’s new Slainte Care funded nurse led Asthma Whatsapp messaging service.

Ireland has amongst the highest rates of asthma in the world*. One in five people in Ireland (890,000) and one in ten children will develop asthma in their lifetime. It is estimated that more than half of people living with asthma do not have their disease under control, putting them at higher risk of asthma attacks, exacerbations, hospitalisations, absence from school and work, and even dying due to their condition**.

In response to these stark figures, the Asthma Awareness Week campaign focused on the provision of information in order to prevent further asthma deaths. It did so by aiming to improve the lives of people living with asthma by educating around asthma management controls, correct use of medications, and informing those who may come to develop the condition about the symptoms of the disease. The campaign also aimed to help alleviate the anxiety felt by people with respiratory conditions during the ongoing COVID-19 pandemic.

Etch designed and oversaw a hard working public awareness media relations campaign around Asthma Awareness Week that aimed to reach as many media outlets as possible over a short period of time.

The campaign utilised the findings of a recent survey of 2,300 asthma patients about their experiences and concerns around Covid 19, which resonated with the media and resulted in widespread earned media coverage.

There were also interviews with Respiratory Consultant Marcus Butler, Head of the Asthma Society’s Medical Advisory Board on Newstalk’s Clare McKenna’s Alive and Kicking show as well as a double page spread in the Irish Independent Health and Living section about asthmatic Fiadh Egan’s difficult experience of getting sick with covid whilst working in a nursing home and parenting in a pandemic.

The campaign was also supported by influencer outreach, social media, creative content and some paid for media support. The Asthma Society of Ireland’s spokespersons and ambassadors / influencers were called upon to educate and inform as well as highlighting the real need for donations for the virtual walk. Video appeals were given by then Taoiseach Leo Varadkar, then Minister for Health, Simon Harris, Ex Rugby Player, Tommy Bowe and Ex Kerry Footballer, Tomas O’Se amongst others.

Coverage was achieved across 241 outlets

There were 164 new Asthma and COPD Adviceline appointments requested during Asthma Awareness Week. The newly WhatsApp message service also had 153 active users in its first week with most conversations 10-12 messages long.

The Campaign performed very well in terms of digital growth and engagement – doubling the results of Asthma Awareness Week 2019 across Facebook, Instagram, Twitter and LinkedIn platforms with 12,607 engagements a total reach of 710,000 people over the course of the campaign.

The ‘10 Million Steps for Asthma’ campaign resulted in 15 million steps achieved over the course of Asthma Awareness Week. This virtual fundraising initiative provided much needed funds for the Asthma Society of Ireland in a year where fundraising had been severely impacted due to Covid.

Asthma Awareness Week 2020 surpassed all preset key performance indicators and achieved its aims to engage with, and advocate for, the asthma community in Ireland. Asthma Awareness Week 2020 reminded the asthma community that support and help is out there, encouraging people to take their medicine as prescribed and not to delay in seeking treatment around any concerns, leaving us another step closer to the asthma society’s overarching mission of preventing further unnecessary deaths in Ireland. 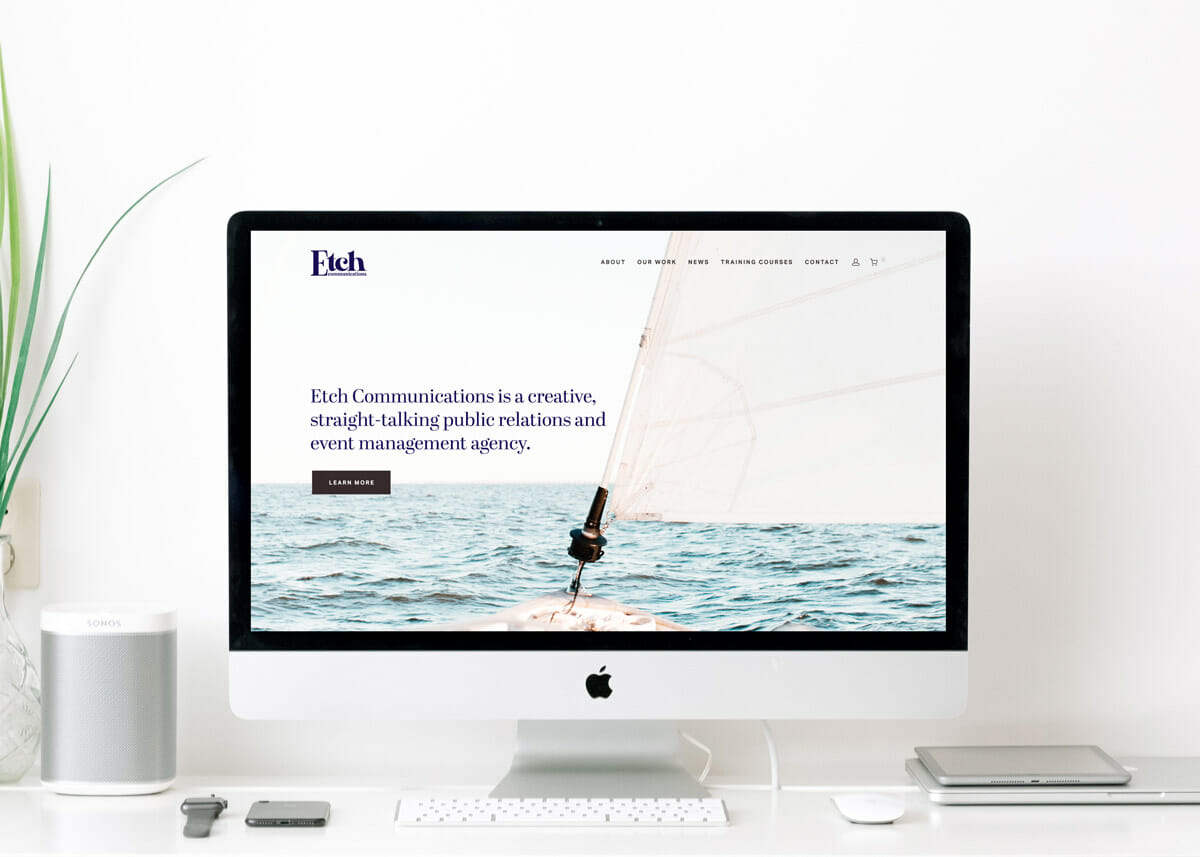 The New Etchcomms.ie Is Now Live 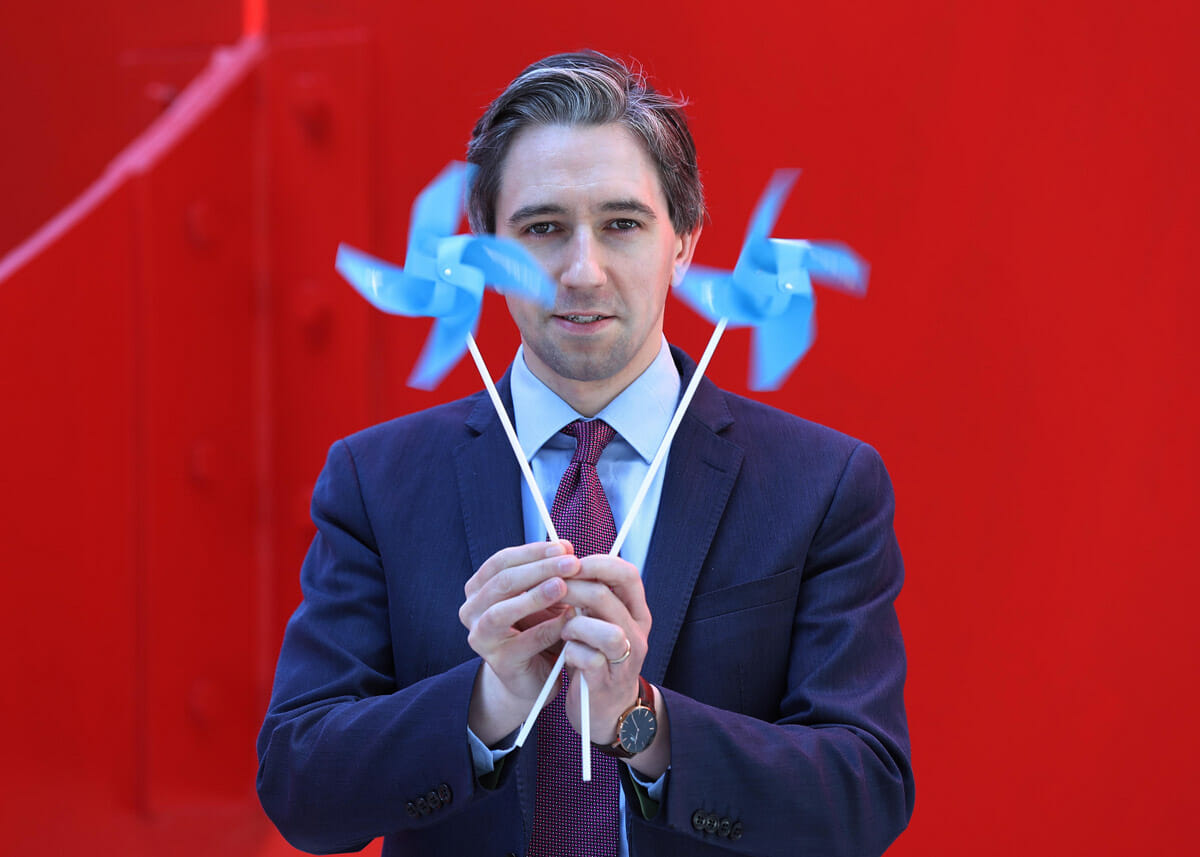 “Working with Laura and the team at Etch Communications was a pleasure. They are strong strategic thinkers and are creative, organised, and well connected. They bring a lot of energy to everything they do and worked seamlessly as an extension of our team, consistently achieving impressive results, and helping us surpass preset KPIs.”

Emily Blennerhassett, Interim CEO of the Asthma Society of Ireland

This website uses cookies to improve your experience while you navigate through the website. Out of these, the cookies that are categorized as necessary are stored on your browser as they are essential for the working of basic functionalities of the website. We also use third-party cookies that help us analyze and understand how you use this website. These cookies will be stored in your browser only with your consent. You also have the option to opt-out of these cookies. But opting out of some of these cookies may affect your browsing experience.
Necessary Always Enabled
Necessary cookies are absolutely essential for the website to function properly. These cookies ensure basic functionalities and security features of the website, anonymously.
Functional
Functional cookies help to perform certain functionalities like sharing the content of the website on social media platforms, collect feedbacks, and other third-party features.
Performance
Performance cookies are used to understand and analyze the key performance indexes of the website which helps in delivering a better user experience for the visitors.
Analytics
Analytical cookies are used to understand how visitors interact with the website. These cookies help provide information on metrics the number of visitors, bounce rate, traffic source, etc.
Advertisement
Advertisement cookies are used to provide visitors with relevant ads and marketing campaigns. These cookies track visitors across websites and collect information to provide customized ads.
Others
Other uncategorized cookies are those that are being analyzed and have not been classified into a category as yet.
SAVE & ACCEPT